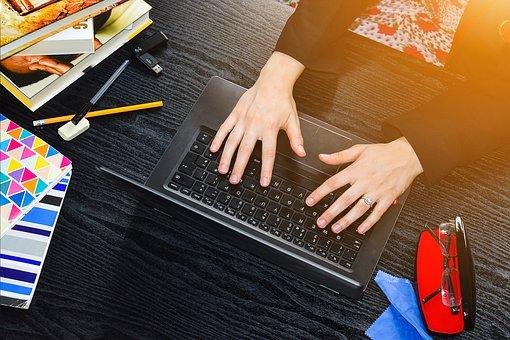 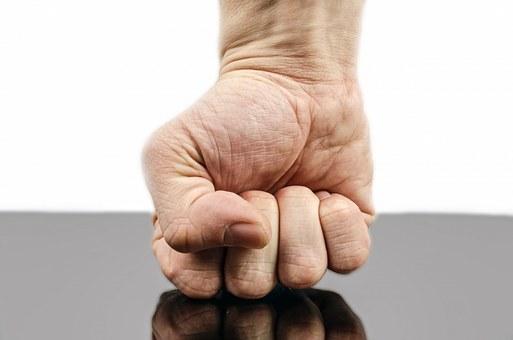 Although everyone experiences anger in response to frustrating or abusive situations, most anger is generally short-lived. No one is born with a chronic anger problem. Chronic anger and aggressive response styles are learned.

There are multiple ways that people learn to respond in an aggressive and angry way. Some people learn to be angry in childhood by copying the behavior of angry people around them. Children learn how to act by watching people, so if they see their parents, older siblings, or caregivers influence others by being hostile and making threats, they are likely to adopt that behavior as their own.. For instance, children that grow up in a home where one parent constantly berates and belittles the other parent recreate this behavior when they grow up.Someone who has learned to act in an angry way may not realize that they have an anger problem. From their perspective, they are just acting “normally.”

Victims of other people’s anger may develop anger problems. An abused child may vow to never again let him or herself be vulnerable, and start becoming hostile towards others. Sometimes abused or wounded people may overgeneralize and seek revenge against an entire group of people. We see this play out in racism and discrimination, and on a smaller scale in our own circles in a dislike of a certain social group, like jocks or nerds, or a distrust and dislike of people who dress a certain way or live in a certain neighborhood.

Another way people can learn to be aggressively hostile is by being rewarded for being a bully. People who bully someone once and then find others respecting or fearing them more for their aggressive actions become motivated to continue bullying. Bullies go on to use aggression more and more because they see that it gets them more respect and attention, and that it helps to raise their social status.

On the positive side, anger creates a sense of power and control in a situation where these positive, motivating feelings did not exist. The feelings of control and righteousness that come from anger can motivate you to challenge and change difficult interpersonal and social situations. If handled correctly, your anger can motivate others to help you win your cause. Anger can provide you with a rest from feelings of vulnerability, and a way of venting tensions and frustrations.

It can provide the energy and resolve necessary to defend yourself when you've been wronged. For example, if you are a victim of domestic abuse and your anger finally reaches the point that it enables you to leave your abusive relationship, anger has been a truly positive force in your life. If you are someone  dedicated to promoting a truly moral cause, then anger can give you the determination to carry on and persevere.

The Downside of Anger

There are negative sides to anger too. Anger can create and reinforce a false sense of entitlement. Anger can create the illusion of moral superiority that can be used to justify immoral actions. For instance, anger-motivated aggression can be used to justify terrorism, or to coerce and bully people into doing what you want them to do against their will. Angry people may use the flawed logic that "the end justifies the means" and then they may use unspeakable means to work towards their goals. Some of the most dramatic examples of this are Timothy McVey (who bombed the Oklahoma City Federal Building in 1995), a bully like television's Tony Soprano (lead character in the HBO drama “The Sopranos”), or a 'school shooter' like Eric Harris and Dylan Klebold (who murdered fellow high school students in Columbine, Colorado in 1999).

It is important to recognize that the effect of anger can be either positive or negative. If  unresolved anger motivates you to leave an abusive relationship, your anger has saved you from additional abuse. On the other hand, if you use your anger to frighten others into doing what you want them to do without considering their needs, you are allowing your anger to control yourself and others, and you are a bully.

Anger can have a negative impact on your physical and your emotional health. This is particularly true of the relationship between anger and heart disease.

There is a direct connection between being constantly angry, competitive, and aggressive, and early heart disease. For example, recent research suggests that men who have poor anger management skills are more likely to suffer a heart attack before age 55 than their more emotionally controlled peers.

The evidence from numerous studies is clear: constant chronic anger, hostility, and aggression raise your risk of developing various deadly forms of heart disease by as much as five times the normal rate. The more hostility you tend to express, the more prone to heart disease you are likely to be. If you find that you immediately get angry when you have to wait in traffic or when confronted with a long line at the grocery checkout, or if you find yourself constantly yelling at your loved ones, you may be slowly killing yourself.

Most importantly, chronic anger reduces the intimacy within personal relationships; partners and other family members tend to be more guarded and less able to relax in their interactions with hostile people.

This information takes on a different light when we consider that research consistently shows that having healthy supportive relationships with family, friends, coworkers and colleagues is quite important for maintaining health. Having the social support of one's peers helps to ward off emotional problems and serious health conditions, including heart disease. People are less likely to experience debilitating depression when they have strong social support.

Angry people frequently have cynical attitudes toward others and are unable to recognize or accept support when it is available. Because hostile people don't realize the impact their behavior has on others, they don't realize that they are pushing people away when they refuse or ridicule other people’s genuine attempts to help them. Angry people also tend to drink, smoke, and eat more than their less angry counterparts. Without a social network of people to support them, they are more likely to have serious health consequences.

Anger's physiological response and arousal evolved to help people handle physical threats. In today's world, however, there are not very many places where physical aggression is the appropriate response. This is especially true in the more public parts of your life, including your workplace. Verbally assaulting your boss will likely get you fired. Jumping out of your car to attack a motorist who cut you off could land you in court. Uncontrolled anger can result in loss of employment, loss of one's family, and even incarceration. Individuals who cannot get a grip on their disruptive, aggressive behavior are likely to suffer not only increased risks for health problems but serious social problems as well.

Deciding Not To Be So Angry

When you feel justified in your anger, you are giving yourself permission to feel angry, whether or not it makes sense for you to feel that way. The faster you stop justifying your anger, the sooner it will begin to recede. While all anger you feel is legitimate in that it is the reality of how you feel at a particular time, this does not mean that your choosing to act on your anger feelings is always justified. Remember that being angry is quite bad for your health, and destructive towards your important relationships with others.

Before you learn the techniques to manage your emotions, you first need to learn to recognize your anger. You need answers to questions like:

"What events/people/places/things make me angry?"

"How does my angry reaction affect others?"

Answering these questions takes a while. It is likely you can rattle off several things that make you angry. You might even be able to identify several signs that you exhibit when you are angry (e.g., clenched fists, etc.). These quick answers are only the beginning, though. You will want to ask yourself these questions over a period of time before you can be satisfied that you have a good understanding of your anger.

Some physical signs of anger include:

The emotional signs of Anger are:

Also, you may notice that you are:

The first step in fixing a problem is understanding it. A simple notebook can help you to keep track of the things that cause you to feel angry and how you react to that feeling. Begin by writing down the questions above, and the answers to them. Put a date on the page, because it will be useful to look back over time and see how your feelings have changed.

Each day, write down when you experience the physical and emotional signs of anger. Include what is happening around you, what you feel that your triggers are - the things that caused you to feel angry, how you reacted to and expressed your anger, and what harm or benefit happened as a result of your actions.

Getting Help for Your Anger

Even though anger is a normal human emotion, the way you choose to express your anger may not be normal or acceptable to those around you. If you suspect you have an anger problem, or if people you respect have told you that you do, there are ways that you can learn how to gain better control over your anger.

The Role of Hypnosis

Without hypnosis, learning to control your anger will be an ongoing task. You will need to rethink your automatic responses towards people. You will also have to take more responsibility for your thoughts and actions than you may have in the past. All of this will require discipline and a plan.

Imagine you have just been cut off while driving on the highway. First, you will need to interrupt your automatic anger response. Then, take notice of the physical anger signs that tell you you're upset. Then identify the feelings that you are experiencing besides the anger. Next, take a deep breath, and try to look at the situation rationally instead of going with your first impulse to attack. Instead of automatically assuming the driver that cut you off did it on purpose, consider the possibility that the other guy did not see you. If you can consider that the provoking action was not aimed at you personally or was a mistake, it will be easier for you to tolerate.

The success of this method depends on your ability to stop being angry right away.

With hypnosis, the changes in your behaviors and reactions happen automatically, as if that is how you have always been.

We use hypnotherapy to help people learn to change the way they responsd the their ‘triggers.’ Hypnosis can be used to release negative emotions and feelings from the past that influence our behaviors today. This allows us to create new habits and patterns of behavior that are healthier and more productive. In hypnosis, these new habits and behaviors are programmed directly into the subconscious mind, so these positive and healthy responses happen automatically in place of the old patterns and destructive behaviors.

Hypnosis is also used in deactivating your triggers. Anger-triggering thoughts occur automatically and almost instantaneously. Without hypnosis, it will take some conscious work on your part to identify them and to replace them with something healthier.

With hypnosis, in the scenario above, you may still feel a short moment of anger, but it will be far less intense than you experienced in the past. Those feelings of anger will immediately soften and disappear on their own, and you will immediately look at the situation with empathy instead of accusations. You will have an easier time seeing the situation from a more positive angle, and you will accept situations that are out of your control more easily.∎